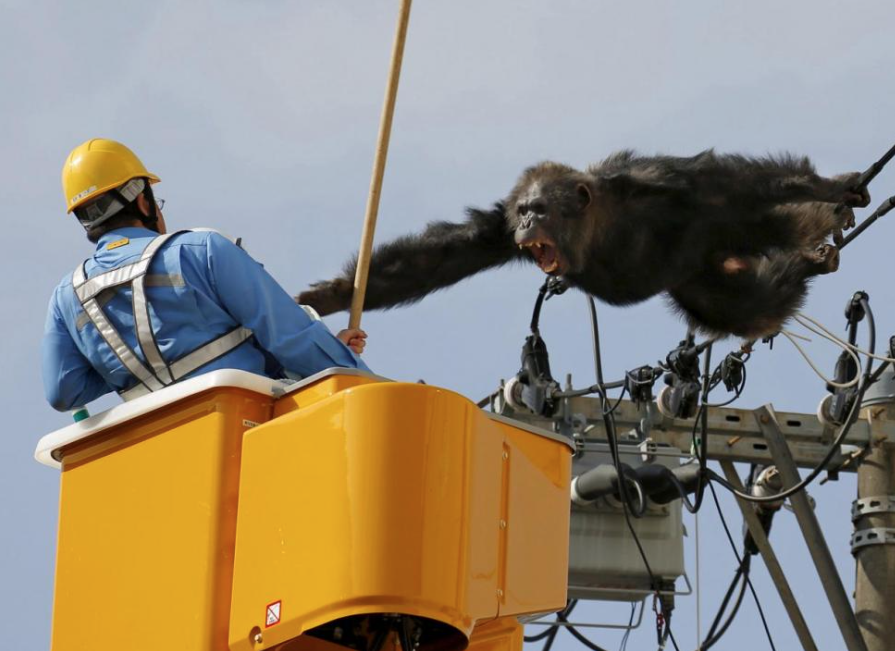 Hopefully you’ll never have to experience this on the job!

Male chimpanzee Chacha screams after escaping from nearby Yagiyama Zoological Park as a man tries to capture him on the power lines at a residential area in Sendai, northern Japan, in this photo taken by Kyodo, April 14, 2016. The chimp was eventually caught after being shot with a tranquilizer gun and falling from the power lines, Kyodo news reported. REUTERS/Kyodo