Finally!  The 40 cal/cm2 threshold my finally be deleted.

The For many years, the 40 cal/cm2 threshold that is part of Informational Note 3 presently found in the 2015 Edition of NFPA 70E Section 130.7(A) has been the subject of constant debate. 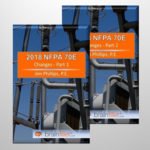 Informational Note No. 3: When incident energy exceeds 40 cal/cm2 at the working distance, greater emphasis may be necessary with respect to de-energizing when exposed to electrical hazards.

The often cited rational for using the 40 cal/cm2 threshold in Informational Note 3 was about protecting a worker from blast pressure.   This value selected as a point where blast pressure was considered to be a significant hazard and hence, a greater emphasis should be given to de-energizing.

The two major variables that define the magnitude of the prospective incident energy from an arc flash are the arcing short circuit AND the arc duration defined by how long it takes a protective device to clear the event.  This means (as many are well aware) that a low arcing short circuit current with an unusually long protective device clearing time determined from the device’s time current curve, can result in a very large calculated incident energy – often exceeding the 40 cal/cm2 threshold. 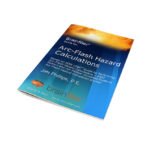 The 2018 Edition of NFPA 70E – Standard for Electrical Safety in the Workplace may finally see Informational Note 3 and the 40 cal/cm2 threshold eliminated.  Based on Public Input Submittals for the First Draft and the corresponding NFPA 70 Committee Statement,  it appears Informational Note 3 will be deleted since greater emphasis should always be placed on de-energizing regardless of the incident energy level.

Although there are several more stages before this is finalized, the deletion of Informational Note 3 would be a welcome change that will go a long way towards eliminating the confusion (and sometimes panic) that results when the seemingly arbitrary  40 cal/cm2 threshold is exceeded. 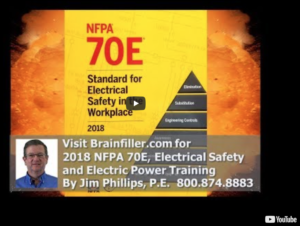 Jim is Vice Chair of IEEE 1584, International Chairman of IEC TC78 Live Working and Steering Committee Member – IEEE/NFPA Arc Flash Collaborative Research Project. He has developed a reputation for being one of the best trainers in the electric power industry.  Learn More