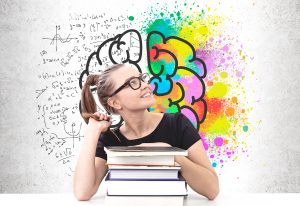 Celebration of the Mind Day is an international holiday dedicated to bringing people together to play with puzzles, games, magic, and math.  This day reminds us that learning can be fun.  It is a day filled with events for people of all ages because let’s be honest – everyone likes puzzles and games!

This holiday originated as a celebration of Martin Gardner’s birthday.  Gardner was an American mathematician and writer.  He wrote over 100 books.  He was also known as a “mathemagician” – a mathematician who is also a magician.  Gardner made many contributions to society, but he is best known for developing recreational mathematics.  Gardner created subjects that had never been heard of before including flexagons, paradoxes, and the “Game of Life.”  His writings greatly influenced members in the fields of mathematics and science.  Gardner was also well known for being a skeptic.  He is acknowledged as the founding father of the skeptical movement.  In 2010, Gardner passed away at the age of 95.  His fans created a group to keep his legacy alive.  This group is called the Gathering 4 Gardner Foundation and they created this holiday.

So how does one celebrate this holiday?  Simple!  Play your favorite games or put together a puzzle.  Learn a new magic trick.  Try out mind bending math games.  In the era of YouTube and apps, there are unlimited puzzles, magic tricks, and math games to help you celebrate this day.  Here are eight of the best puzzles and games for your mind: