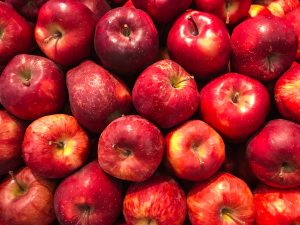 It’s finally Fall!  The weather is cooler.  The air smells like fallen leaves and pumpkin spice lattes.  You can finally wear your favorite sweaters and scarves again.  The best part of all?  It’s apple cider season!  Apples are one of the most versatile fruits in existence.  They’re healthy, delicious, and if you eat one a day it will keep the doctor away.  They’re so wonderful that the U.K.-based charity organization called Common Ground started National Apple Day in 1990 to celebrate all things apple.