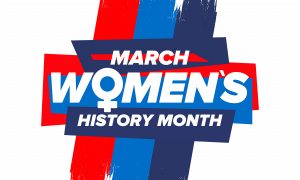 Here are 10 incredible women from our history that we can celebrate this month: