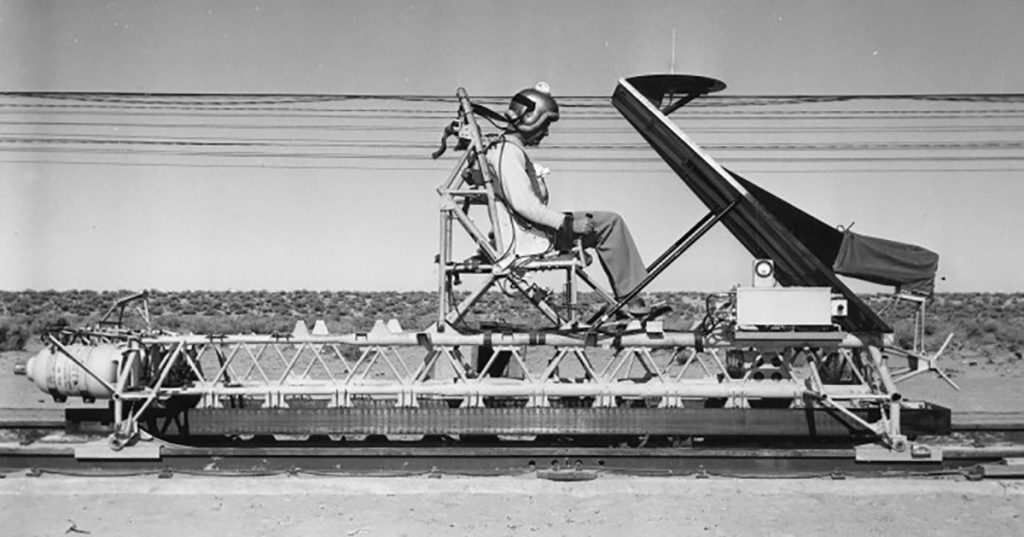 OK, not the most professional sounding title for an article about electrical safety.  But play along, you will be able to connect the dots rather quickly.

Captain Murphy
Around seventy years ago, Captain Murphy was an aerospace engineer who worked on safety-critical systems.  He became involved with high-speed rocket sled experiments used to determine what G-forces a human could experience while being hurled down the rails at an alarming speed – 632 miles per hour back then. Note: speeds today can exceed well over 6000 miles per hour!

The “passenger” would be restrained by a harness that contained a series of measurement sensors – however, during the sled’s run, the sensors were not functioning!  A subsequent investigation found the sensors had been wired backwards.  Openly upset, Captain Murphy made his thoughts known to the technician that allegedly was responsible for the problem.  Although there are varying accounts of what exactly was said, it was something along the lines of:

If there are two ways to do something, and one of those ways will result in disaster, he’ll do it that way.

That was the moment that Captain Murphy’s status moved from aerospace engineer to engineering legend.  Why?  Because what was said at that moment is known today as “Murphy’s Law” which simply states:

If anything can go wrong it will.

Of course, things can go wrong! Especially when humans are involved.  That is certainly the case with electrical power systems and includes situations such as incorrect installation, poor maintenance, misapplied equipment, mistakes by electrical workers, the list goes on.  When a failure occurs, hopefully it is a minor event.   But there is always the possibility of serious injury and even death.

Murphy and NFPA 70E
Although “Murphy’s Law” is not specifically referenced in NFPA 70E, it is still there. (bet you didn’t see that one coming) In NFPA 70E Murphy’s Law goes by a different name – Human Error.

According to NFPA 70E:

110.1(H)(2) Human Error (a.k.a. Murphy’s Law). The risk assessment procedure shall address the potential for human error and its negative consequences on people, processes, the work environment, and equipment.

The spirit of Murphy’s law seems to permeate throughout all of NFPA 70E which focuses on preventing what can go wrong and protecting the worker if it does.

One example is establishing and verifying an electrically safe work condition.  This multi-step process includes verifying that the circuit is de-energized with an adequately rated test instrument.  But what if the instrument fails during the test? That is why the “live-dead-live” method is also used which requires checking the instrument on a known source before and after use – just in case Murphy is lurking around.

Another example is the requirement to wear arc rated clothing and protective equipment when there is a risk of an arc flash. Although the occurrence of an arc flash is not that common, if it does happen the results can be catastrophic. You get the idea; the list goes on.

Murphy and Risk Assessment
Since you never know when things will go wrong, NFPA 70E’s approach regarding electrical hazards is to perform a risk assessment which is defined as: An overall process that identifies hazards, estimates the likelihood of occurrence of injury or damage to health, estimates the potential severity of injury or damage to health, and determines if protective measures are required.

Both a shock risk assessment and arc flash risk assessment must be performed before any person is exposed to the electrical hazards. One important step for each of these is: “To estimate the likelihood of occurrence” How do you know if you are likely to encounter an electric shock or an arc flash?

Dirty Harry and Likelihood
The reference to Dirty Harry is from the famous 1971 movie of the same name.  Harry’s full name was Harry Callahan who was a cop that doesn’t always play by the rules.  In one scene Harry had the suspect looking down the barrel of his gun.  Following a brief shootout, neither Harry nor the suspect were sure if there were any bullets left in the gun.  Harry suggested there may be one bullet left which meant the suspect now had to make a life or death decision.   Harry looked at the suspect – gun aimed at him and simply said: “You’ve got to ask yourself one question: Do I feel lucky?  Well do ya?”

Connecting the Dots – Murphy, Harry and NFPA 70E
What do Captain Murphy and Dirty Harry have to do with NFPA 70E and electrical safety?  Quite a bit.  My mentor and good friend loves to quote Dirty Harry when the subject of risk assessment comes up.  When judging the likelihood of occurrence of an arc flash or electric shock hazard, keep in mind Captain Murphy’s statement: “If anything can go wrong it will”.  Then consider Dirty Harry’s advice and ask yourself the question: “Do I feel lucky? – Well do Ya?”

Based on my article originally published in the November 2019 Edition of Electrical Contractor Magazine.