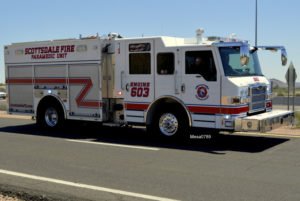 One word.  Deadly!  If someone performs energized electrical work without being properly trained, the results can be catastrophic – and deadly!  I have seen this play out regularly during accident investigations and legal cases.  The victim was either not properly trained, or perhaps ignored a few steps from the electrical safety training program.

Many companies are very pro-active and make sure their employees are not only trained, but that they receive refresher training at least every three years based on NFPA 70E requirements.  Many even use shorter intervals for refresher training or updates.  Either way, refresher training is important for staying up to date with current standards and it can be a reminder to those that pick up bad habits along the way.

However, a looming problem is that for some companies, training is either way down the list for various reasons or was not very thorough.  I have seen many companies that simply want to “check the box” i.e. state they had training without much regard to what the content was and check it off their to do list.  after all, what could possibly go wrong?

Obviously, it matters quite a bit.  Someone’s life may depend on it – literally.  From my own experience as an expert witness, here is one way the lack of training plays out in the legal environment.

The story often begins the same way.  I receive an inquiry from an attorney asking if I am interested in being involved in an investigation of an electrical incident where someone was injured or killed.

OSHA encourages the use of the term “incident” instead of “accident” because “accident” implies the event was unavoidable.  This is usually not the case.  Most of the time the injury or death was avoidable and was the result of a breakdown somewhere.

Whether the incident involved an arc flash or electrocution, the details are usually quite graphic and emotion must be kept out of the investigation.  The initial meeting is typically at a law office where the team is assembled to discuss the details leading up to the incident.   This normally includes listening to the descriptions of the injury, viewing photos, and attempting to connect the dots of what happened.

After presentations have been made by everyone and it is my turn, I will usually begin by asking one simple question.  “Was the person qualified to be performing the work?”  Many times, the answer is something like:  “Yes – this was the most senior person at the company and they had years of experience”.   At this point I often have to follow up with “That is not what I meant by the question.  Let’s take a look at the NFPA 70E definition of a qualified person.”

According to the 2018 Edition of NFPA 70E Standard for Electrical Safety in the Workplace, the definition of a Qualified Person is:

One who has demonstrated skills and knowledge related to the construction and operation of electrical equipment and installations and has received safety training to identify the hazards and reduce the associated risk.

A very important component of this definition is the phase “received safety training to identify and avoid the hazards” NFPA 70E 110.2(A) provides the requirements for training employees exposed to electrical hazards when the risk of the hazard is not reduced to a safe level.

Just because a person attended a training program does not necessarily mean they were paying attention.  One such case of mine involved a person severely injured in an arc flash.  Although he survived, he had third degree burns over his arms and chest and lost several fingers.    During the discovery process, it was revealed he did attend an electrical safety training program.  This was documented and included a course attendance form with his signature.

However, this seemed puzzling because so many steps regarding electrical safety were

either performed incorrectly or omitted entirely during the events leading up to the arc flash.  Something did not add up.  Later during the case, the injured party went through the deposition process which requires answering questions under oath.  He stated that he did attended the training however, during follow up questioning, he admitted he was in the back of the class with sunglasses on – sleeping.

Having been involved with electrical training for over 30 years, it is often easy to tell who is engaged and who is not.   The energy of a class ebbs and flows and knowing how to judge this enables a trainer to adjust the delivery and keep interest.  It is important to engage the class with examples, stories, video and hands on exercises.

Trust but Verify – Did they “Get It?”

There is a pretty famous phrase “trust but verify” This certainly holds true with electrical safety training.    A very important component of an electrical safety training program is to have a quiz at the end.  Announcing this at the beginning of a class helps “motivate” participants and keep them engaged.  During my NFPA 70E / Electrical Safety Training classes, when I announce that there will be a quiz at the end, there is often a collective groan from the class.  Now they know they really do have to pay attention.

Based on my article originally published in the May 2016 Edition of Electrical Contractor Magazine.

Jim is Vice Chair of IEEE 1584, International Chairman of IEC TC78 Live Working and Steering Committee Member – IEEE/NFPA Arc Flash Collaborative Research Project.  He has developed a reputation for being one of the best trainers in the electric power industry.  Learn More