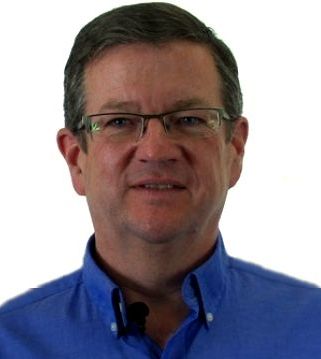 Recently I had the opportunity to interview Jim Phillips regarding the new IEEE 1584 standard and what to expect with some of the new changes. In addition to being Associate Director for Electrical Safety UK and founder of Brainfiller.com, Jim is also Vice-Chair of IEEE 1584 and International Chair of IEC TC 78 – Live Working.

As an introduction, IEEE 1584 – IEEE Guide for Performing Arc Flash Hazard Calculations was first published in 2002 and is the standard that defines the equations and methods used in many of the arc flash software packages used for arc flash risk assessments. The second edition was published towards the end of 2018 and is a real game changer.  Jim will be the Keynote Speaker at the upcoming International Arc Flash Conference on Tuesday September 24, 2019 in Manchester.

RF: A question many of us have is why did it take 16 years to publish the second edition of this standard?

JP: It has been a long journey. The timeline had many phases during this epic project. The first couple of years were spent developing a test plan and raising money from contributors for this enormous (and expensive) project. This was followed by preliminary tests that we call “Scouting Tests” These were used to help define the direction of the entire testing program.

After the preliminary tests, it took several more years for the project team to complete the main arc flash tests and develop the new model. That phase of testing was completed in 2012 and included over 1800 new arc flash tests. Quite an accomplishment. The 2002 edition of the standard was based on around 300 tests.

After the testing and model development phase, the IEEE 1584 working group created a model review task group to review and validate the new model. This took several more years of effort. During that time there was lots of fine tuning to further improve the accuracy. We completed it all in 2016 when it was now time for the formal balloting process. An interesting side note, the new standard passed on the very first ballot – we were all amazed. However, there were also over 1000 comments from the balloters that we had to address. Needless to say, this took some time to resolve. The second edition of this landmark standard was finally published on November 30, 2019

JP: (laughs). It’s actually easier to answer the question “What did not change?” The standard still has the same title. With only a few exceptions, just about everything else is very different. This means what you previously knew about the IEEE 1584 standard can be tossed out.

RF: What is the single biggest change?

RF: How does that affect the risk assessment?

JP: Depending on where the arc flash occurs and the type of equipment, the orientation of the electrodes, can affect the trajectory of the plasma and incident energy that reaches the worker. There is some guidance provided in the 2018 Edition of the standard.

RF: I assume there are other big changes?

JP: The standard now uses interpolation and extrapolation to fine tune the results and provide better accuracy. There is also a new more detailed calculation for determining the minimum arcing current during an arc flash. The past standard simply used a fixed 85 percent value to determine the minimum.

The new equations are much more complex including a thirteenth-degree polynomial with thirteen coefficients that are selected based on the voltage and electrode configuration. (I hope I didn’t scare anyone away with that comment) The good news is the software takes care of the difficult math for us. The list of changes goes on.

RF: How does this all affect the results from previous studies

JP: I have a series of worksheets that I developed and use to illustrate the calculations and compare with the 2002 edition. Some calculation results are similar to 2002. However, some can be quite different. It has quite a bit to do with the electrode configuration and other factors such as enclosure size.

RF: Does this change way arc rated clothing and PPE is selected?

JP: The overall risk assessment process is the same as before. i.e. Arc rated clothing and PPE are selected with an arc rating sufficient for the calculated incident energy. However, the difference is with the incident energy calculations using IEEE 1584. The calculations and modeling have changed dramatically.

Arc rated protective clothing is based on the standards: IEC 61482-1-1 and IEC 61482-2. There are a few other IEC standards for arc flash protection as well. These standards are from the IEC TC 78 Committee that has a group of highly knowledgeable and talented experts from around the globe all working towards developing and maintaining product standards for greater worker safety.

RF: We are looking forward to hearing more about the 2018 Edition of IEEE 1584 on September 24 at the upcoming International Arc Flash Conference in Manchester.

JP: Thank You Becky! I am looking forward to it. See you soon!