For four decades, Jim has been helping tens of thousands of people around the world understand electrical power system design, analysis and safety. Having taught over 2500 training programs during his career to people from all seven continents (Yes Antarctica is included!) He has developed a reputation for being one of the best trainers and public speakers in the electric power industry.

Jim is very active in the development and holds leadership roles of many U.S. and international standards such as:

He earned a Bachelor of Science Degree in Electrical Engineering (BSEE) from the Ohio State University. His career began with Square D Company’s Power System Analysis Group where he was responsible for power system studies, software development and training at their engineering training programs – where his love of teaching all began.

Jim is a Registered Professional Engineer and his experience includes everything from planning transmission systems, to design and analysis of industrial, commercial and utility power systems, co-generation plant design, expert witness and forensic analysis. 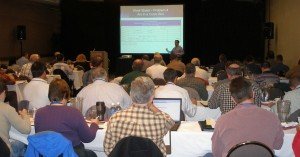 Jim began teaching in the early 1980’s while working at Square D Company in the Power System Analysis Department. In 1987, He began his training company which is now known as Brainfiller.com. He has developed over 25 different training programs ranging from protective relaying to various power system analysis topics, grounding, arc flash studies, NEC®, NFPA 70E® and more. He also created the internationally known website: ArcFlashForum.com.

Jim literally wrote the book about arc flash studies with his book: Complete Guide to Arc Flash Calculation Studies. For most of his four decade career, he has been author of well over 100 articles and technical papers for numerous technical publications and professional organizations.  He is a Contributing Editor on the subject of Arc Flash and Electrical Safety for Electrical Contractor Magazine. He has also written several articles that have been published in Europe and Australia and was involved with the development of the commercially available European Arc Flash Guide which raised the awareness of the arc flash hazard and electrical throughout Europe.

Because of his wide range of expertise, he is frequently contacted for investigations of electrical accidents, equipment and system failures. These investigations have included anything from equipment failures and mis-operation to personal injury and death.  More about Expert Witness/Forensic Investigations

Jim is the International Chairman of Geneva, Switzerland based International Electro-Technical Commission’s TC 78 for Live Working which includes protective equipment, tools and arc flash protection.  He continues to travel the globe typically flying over 150,000 miles a year to work with various U.S. and international standards organizations and speak at many conferences and training events.

Jim and his wife of  four decades live in Scottsdale, Arizona and have two children and one grandson.