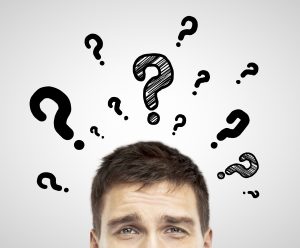 I’m sure that title raised a few eyebrows but before you send me an email telling me how I got this wrong, hang in there for the rest of the thought.   I receive questions about this phrase on a pretty regular basis.

It’s no secret that 1.2 cal/cm2 is the generally accepted value of incident energy exposure where the onset of a second-degree burn may occur.  This is also the value that triggers the need for arc rated clothing and protective equipment.

However, having a prospective incident energy below 1.2 cal/cm2 can cause confusion as some will place the phrase “NO ARC FLASH HAZARD EXISTS” on the arc flash label as a result.  When I ask why this phrase is on the label, I receive the response that it’s because the incident energy is less than 1.2 cal/cm2.  – BEEP – Wrong Answer!

I am asked about using this phrase so often that a while ago I decided to ask a more general survey question about arc flash hazards at 208 Volts at the website www.ArcFlashForum.com.  I was surprised to see almost 20% of the respondents to the survey indicate they did not believe an arc flash hazard exists at 208 Volts.

The survey and discussion are found here:  https://brainfiller.com/arcflashforum/viewtopic.php?f=33&t=5416

I can hear this scene being played out in a legal setting.

Attorney: “I am sorry to hear that you received a burn injury on your hand but why where you not wearing arc flash protection?”

Response: “Because the label stated – No Arc Flash Hazard Exists”

Really? Fade to black, game over.

This website uses cookies to improve your experience while you navigate through the website. Out of these, the cookies that are categorized as necessary are stored on your browser as they are essential for the working of basic functionalities of the website. We also use third-party cookies that help us analyze and understand how you use this website. These cookies will be stored in your browser only with your consent. You also have the option to opt-out of these cookies. But opting out of some of these cookies may affect your browsing experience.
Necessary Always Enabled

Performance cookies are used to understand and analyze the key performance indexes of the website which helps in delivering a better user experience for the visitors.

Analytical cookies are used to understand how visitors interact with the website. These cookies help provide information on metrics the number of visitors, bounce rate, traffic source, etc.

Advertisement cookies are used to provide visitors with relevant ads and marketing campaigns. These cookies track visitors across websites and collect information to provide customized ads.

Other uncategorized cookies are those that are being analyzed and have not been classified into a category as yet.